“Is That a New Camera or Are You Just Happy to See Me?”

When you grow up with animals, it never occurs to you the huge role that body language plays in inter-species communication.  Most people can figure out, for instance, if a dog is going to bite, but there are a surprising number of people who have never had pets, and learn that lesson the hard way.

Cattle and humans have been living in close proximity for a long time – on the order of 10,000 years.  Though most people think of “working cattle” as something you do on horseback, maybe with dogs.  Here in the east, we mainly do it on foot.  Quietly walking through a group of cows give you some insights on individual animals, as well as the group as a whole.  Around here the quickest way for a cow to end up on the trailer to someplace else is to raise her head up.  That “heads up” is an alarm signal – sort of like the bovine version of shouting “fire” in a theater.  Whether she was born with that sensitive nature or she learned it, she can get the whole group into a panic.

A cow that puts her head too far down may be exhibiting signs of aggression.  She can mess your day up as much as a crazy cow. 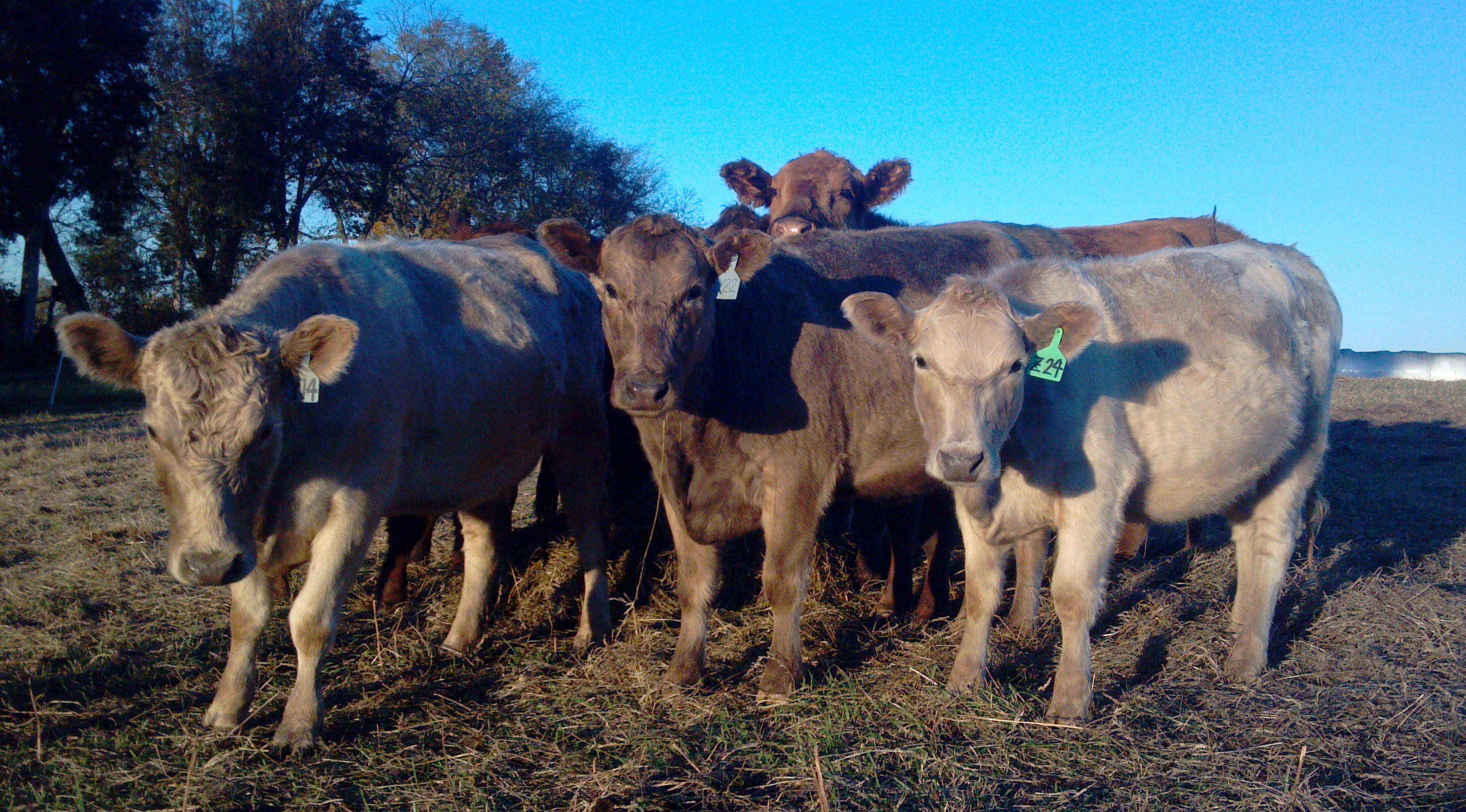 Heifers be like “Non-verbal communication? Never heard of it.”

These girls are sort of in the Goldilocks zone – just right.  Their attentive, curious expressions tell you a lot about how they are going to behave in the field, and even more, how they’re going to stay fat on grass alone.  These girls are neophiles.  They welcome novel situations, whether it’s a new handler, a new pasture or a new species of grass.

And they’re not the least bit camera shy.