Grafting calves is as straightforward as it is maddening.  The idea is simple – get the calf to nurse the cow.  Not too big a deal.  Except for the part where the cow tries to kill you.  Or the calf.

The stars pretty much have to align for this whole thing to work.  First off, you need the dead calf.  This part isn’t 100% essential, but it helps.  You have to able to get the cow up to a safe working place (this is why it works best with old show cows – at least you can lead them).  You have to have a newborn calf to graft to the cow.  You have to have a couple of days to devote to the process.  And you have to be willing to get your face kicked in.

Two years ago, on a Saturday morning, Dixie’s calf was born dead.  Scott and Marlaina skinned the dead calf, and brought the skin and Dixie up to the working pen. 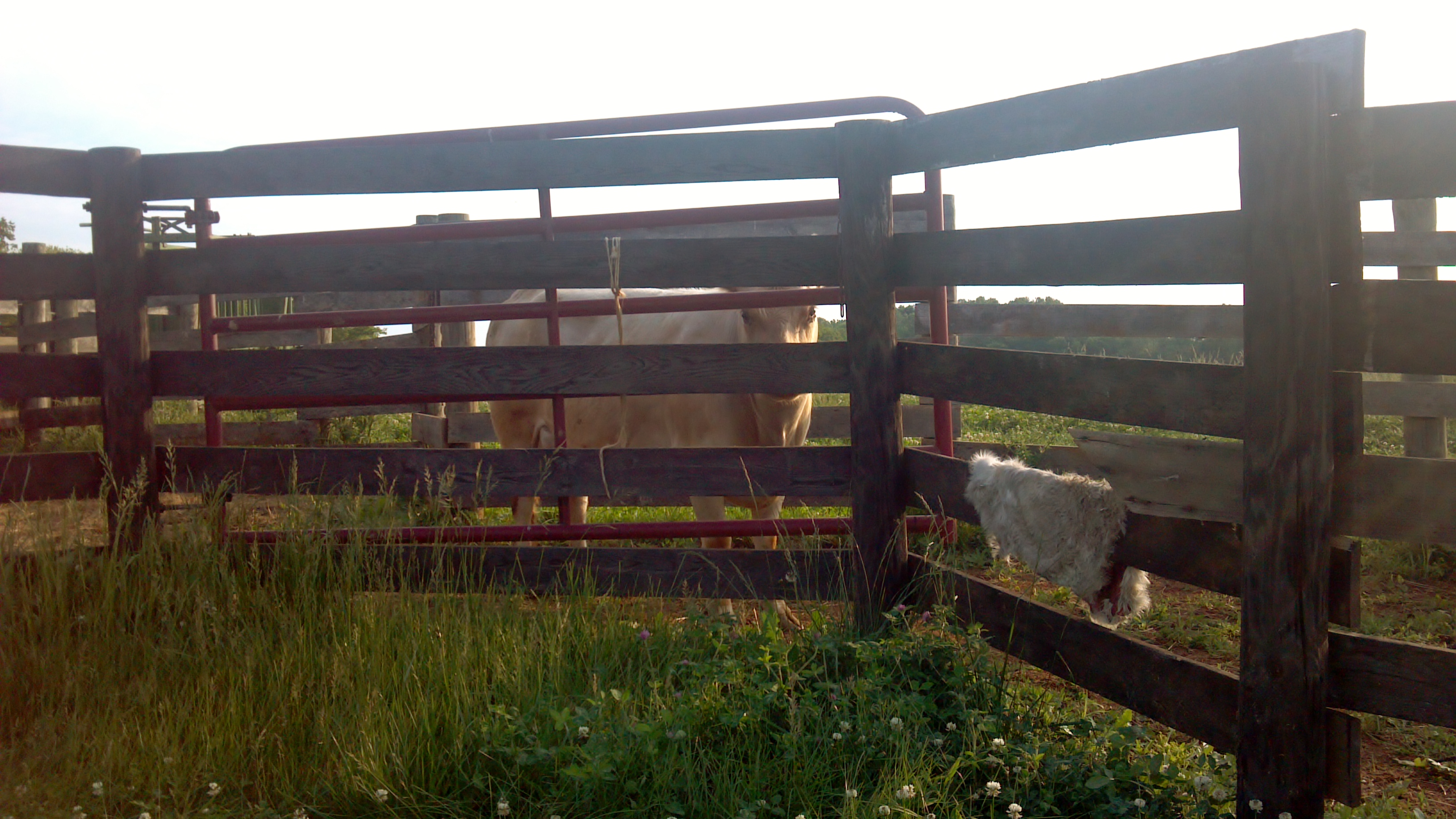 Dixie hasn’t noticed that there is something different about her calf.

Scott and Marlaina went to the dairy and came back with a Holstein bull calf. 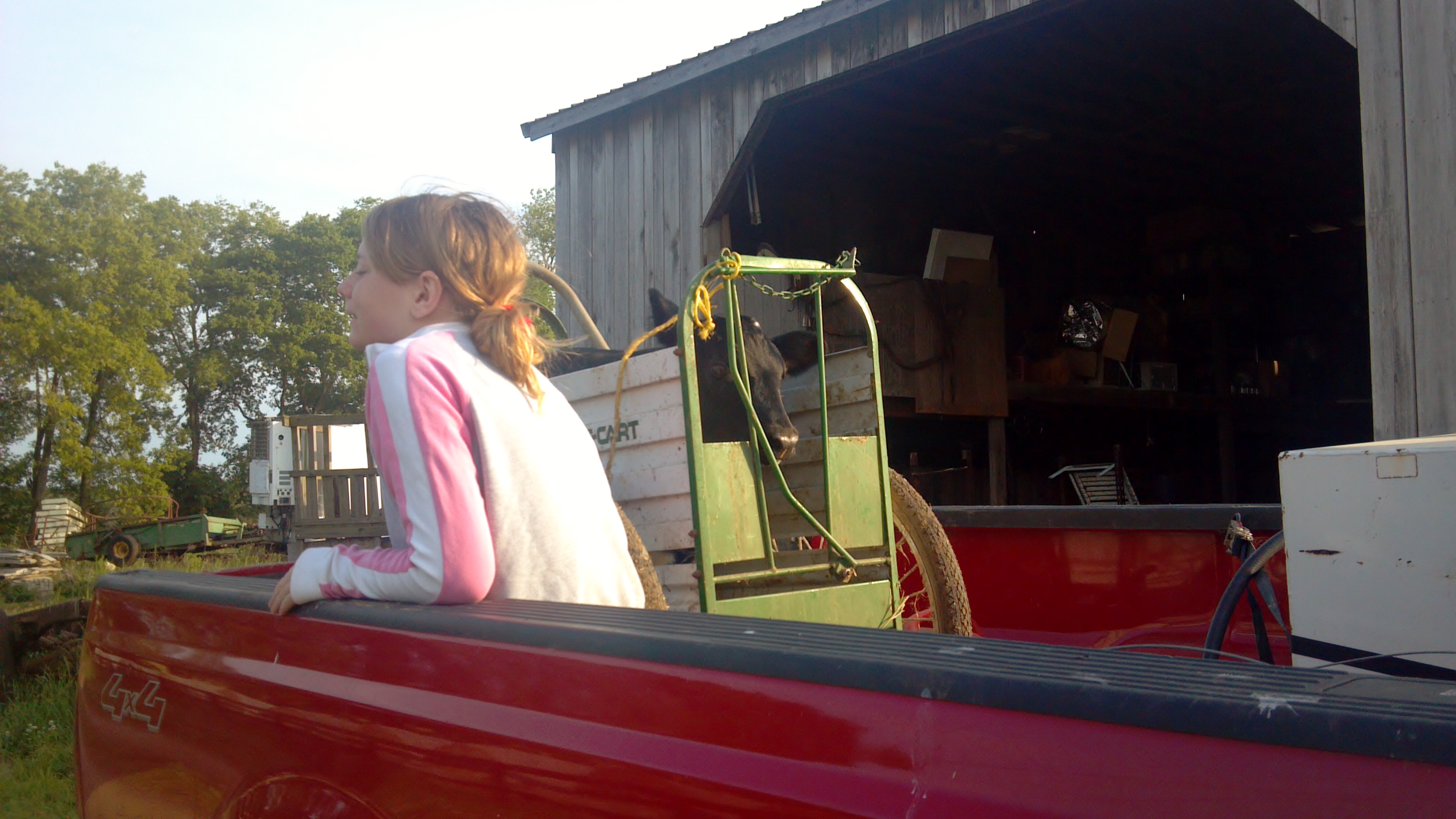 Sometimes these Holstein bull calves aren’t the most vigorous nursers.  They’re newborns and some take longer to figure things out than others.  Fortunately this calf is definitely interested in nursing.  For grafting, the calf has to be an aggressive nurser. 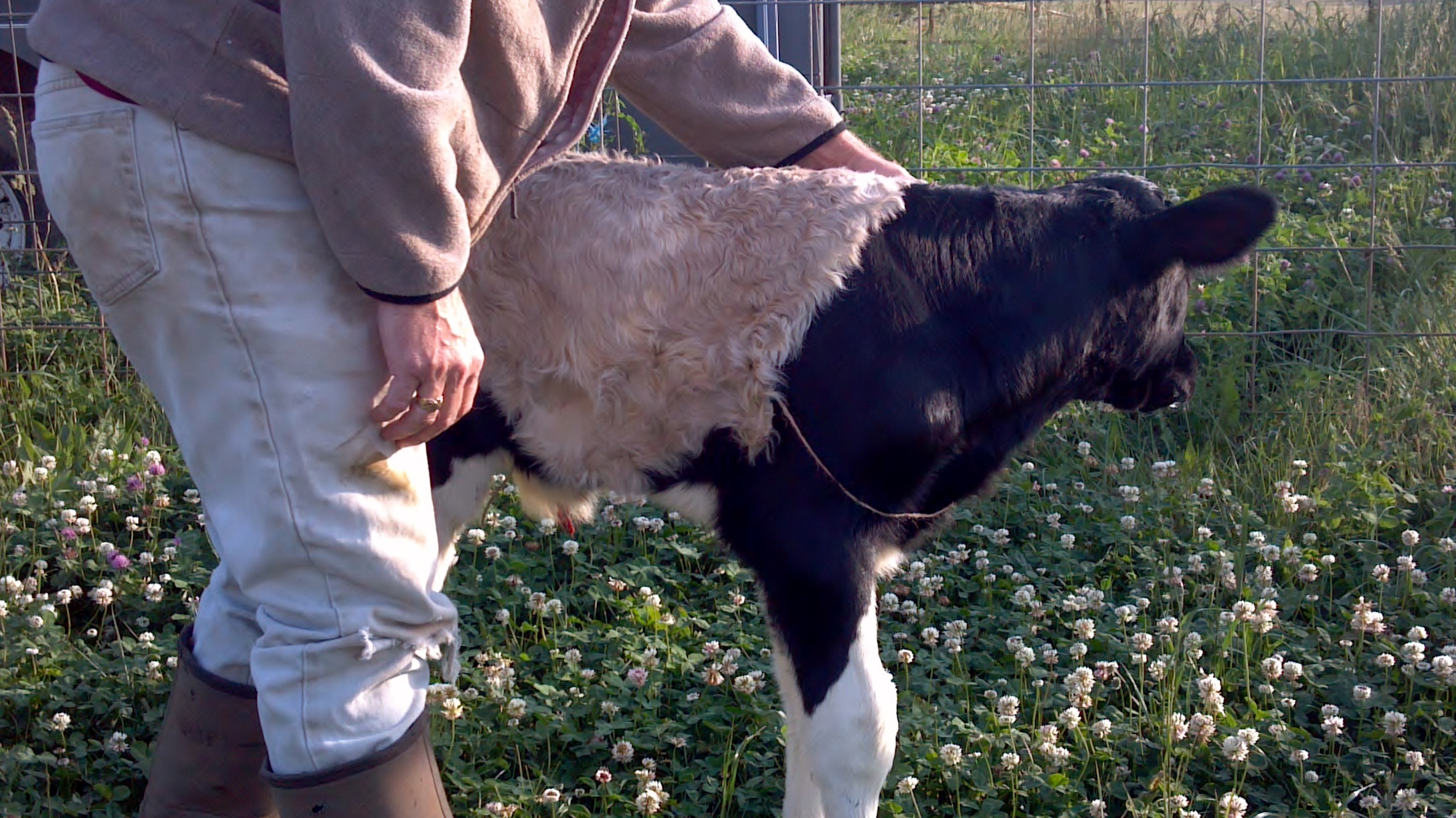 Here’s Stinky, looking quite dapper in his calf-skin sweater.

The reason this works is that cows are smell oriented, rather than sight oriented.  But even with that, some cows are harder to fool than others. 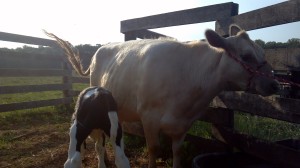 The Queen is not amused

After several attempts to kick this calf across the pen, we resort to plan B, the squeeze chute.

Dixie considers her plan of attack

After four days of this, Dixie and Stinky are out with the herd. 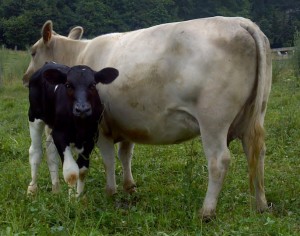 Stinky is 35 days old in this picture

We don’t use Holstein bull calves for our grassfed beef program.  When he was about 6 months old, Stinky was sold into a conventional beef program.  Dixie is still here, along with her 2013 bull calf.  She’s now one of our donor cows.